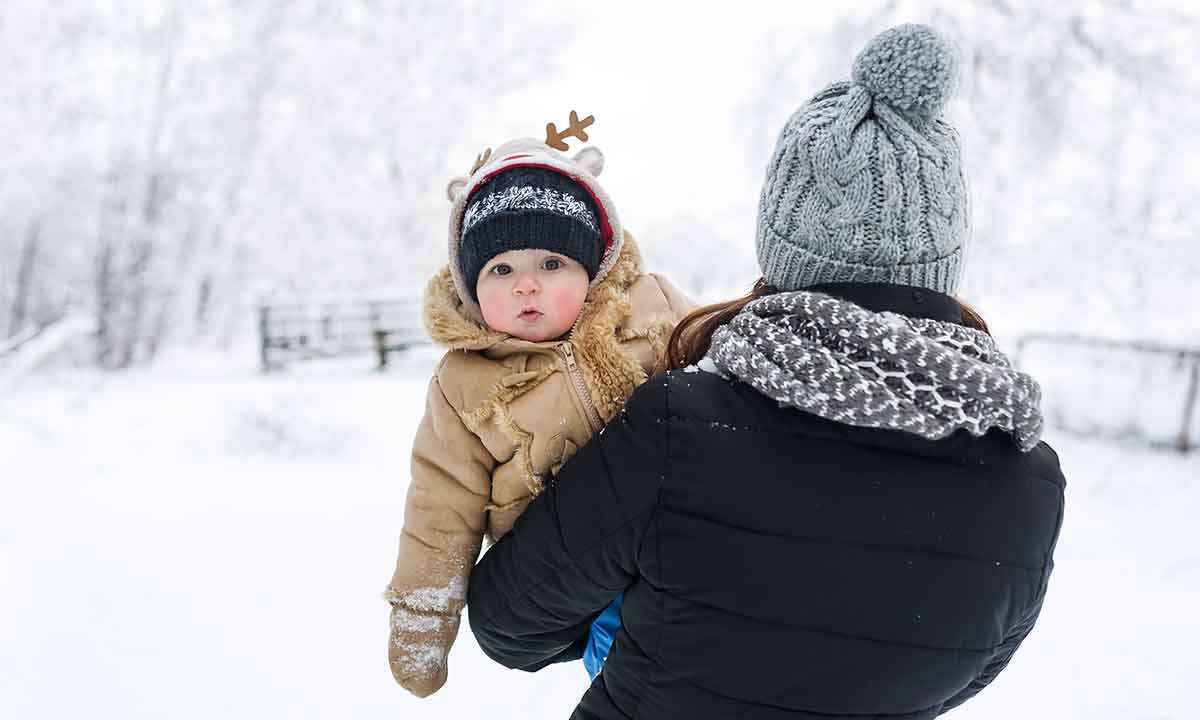 Towards the end of pregnancy one of the most frequent thoughts of all mothers-to-be is the question of whether or not you will be able to breastfeed your baby.

This is a legitimate doubt that sometimes hides a certain performance anxiety that leads you to think that only if you are able to do it will you be a good mother. The reassuring news is that generally all mothers manage to breastfeed without any problems and that there are very few circumstances in which you may encounter insurmountable obstacles or, even more rarely, there are contraindications that, in any case, will be evaluated by a medical specialist.

Nature is a great teacher and today, as never before, experts tend to support, rather than impose, ways and methods that are more effective in assisting breastfeeding than in the past. One example is favouring "bonding", that is, that special bond between mother and child that begins immediately after birth by placing the newborn baby immediately in the mother's arms with skin-to-skin contact without any kind of separation. In fact, it has been proven that in the first two hours after birth, the baby is in a state of receptive attention to all sensory stimuli that come from the mother: smell, tone of voice, caresses. It is a magical and very important period of time in which the baby seeks out the mother's breast and the mother already has what it needs: colostrum, a very thick yellowish liquid, sticky but rich in energy because it is loaded with antibodies necessary to strengthen the baby's defence capabilities. The first small meals of colostrum coat the baby's intestine and will protect it for the future by reducing the risk of it developing allergies in the future. Every baby knows how much colostrum to feed on and will take numerous small feedings, even up to 8-10 a day, and the mother's body knows how much milk to produce.

The first 14 days of breastfeeding are important for the newborn baby because it will take in everything it needs to defend itself from illnesses and create the best basis for healthy growth in its organism. During this period, the milk changes its composition: colostrum is the first milk produced until the 5th day of life of the newborn baby; it contains a lot of proteins, immunoglobins, vitamin A and growth factors. It then becomes transitional milk up to the 14th day and then becomes mature milk rich in proteins, sugars, fats, minerals and other constituents that make it irreplaceable as a single food up to 6 months of age because it provides, in a complete and balanced way, all the necessary and basic nutrients for the good growth and physical and mental development of the baby.

Experts from the APA -American Pediatric Association, WHO -World Health Organization- and ISI -Istituto Superiore di Sanità-recommend continuing breast-feeding beyond 6 months, obviously as an integration of normal weaning and, if the mother feels up to it, even until the baby is two years old.

The longer the baby can take mother's milk, the greater its resistance to disease; it is scientifically proven and certain that mother's milk helps to prevent respiratory infections of the lower airways and those of the gastro-intestinal system as well as urinary infections, otitis and meningitis. Another piece of good news concerns the protection against the onset of allergies, a phenomenon that has unfortunately been on the increase in recent years and is caused by various factors; in this case, breast-fed babies are favoured by a faster maturation of the intestine, which acts as a barrier to foreign substances towards which, if predisposed, they could develop allergic reactions.

There are also studies claiming that SIDS, the cot death syndrome, occurs more rarely in breastfed babies and breastfeeding is a prevention for this risk.

Even the mother obtains great benefits from breastfeeding: the first is certainly less bleeding after delivery thanks to the action of oxytocin, the hormone that is released during the feeding that makes the uterus contract, and the second is a faster loss of the extra weight gained during pregnancy.

The long-term benefits, on the other hand, are reduced risks of breast and ovarian cancer prior to menopause and subsequently stronger bones and less risk of osteoporosis.

The first weeks after childbirth are important to create the basis for a serene breastfeeding also from the psychological point of view both for the mother and the baby. In this case, the father is fundamental in supporting the mother at a time when she must recover from the fatigue of childbirth and recover her physical form, and there are many material aids that he can offer, the first of which is taking care of the baby when the mother is resting. She can change the baby's nappy, wash him, put him to sleep or take care of the household chores and prepare meals at a time when the family is changing so many habits and the partner needs to feel protected, supported and encouraged.

Often some of the problems related to breastfeeding depend only in fact on stressful situations of the mother that do not leave the necessary tranquility to her body and her mind to devote themselves to one of the most magical experiences of a woman's life.

Breastfeeding is a right of every mother and you should not be afraid to ask for support and information that can be of help to a mother who is already breastfeeding or to a consultant or midwife or pediatrician experienced in breastfeeding. There are also many groups on social networks of mothers who breastfeed and that in this period of pandemic as never before can be of great support and help "distant but close" and why not, are also an excellent opportunity to expand their friendships by sharing the same interests and pace of life.

It’s windy. The cool breeze of the ocean. It gives, a sense of beauty, in motion.

It’s windy. The cool breeze of the ocean. It gives, a sense of beauty, in motion.

The sleep of mother and baby